Book Tickets To Alanis Morissette At The Apollo Theater 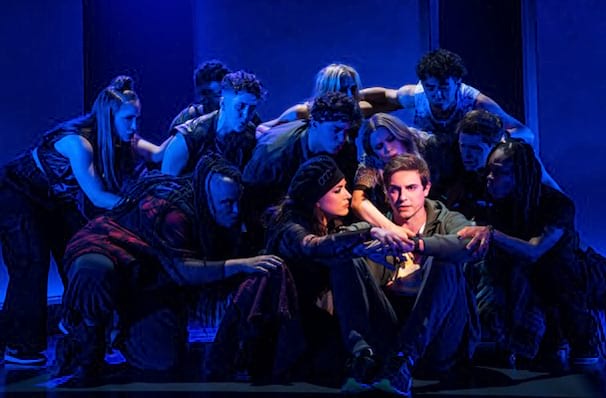 Coming to the Apollo Theater for one night only!

Her brand new musical is now in previews and now Alanis Morissette is heading to the Apollo Theater for one night only as she plays her iconic album, Jagged Little Pill, in full, on December 2. Don't miss your chance to see Morissette live and book your tickets today!

This once in a lifetime concert is in celebration of Jagged Little Pill (which is named after features music from Morissette's album of the same name) officially opening at the Broadhurst Theater on December 5.

Released in 1995 Jagged Little Pill cemented Morissette as one of the era's most exciting artists. With hits like "Ironic", "You Oughta Know" and "Head Over Feet" Morissette demonstrated her evocative talent in songwriting and emotional resonance, becoming the soundtrack of a generation and racking up 33 million album sales!

Jagged Little Pill (the musical) is directed by Diane Paulus (Waitress) and features a book by Diablo Cody and choreography by Sidi Larbi Cherkaoui. Book your tickets here.

What is Jagged Little Pill about?

As their struggles entangle, the family's blatant denial of their problems, save for the rebellious wild child Frankie who rails against them in short sorts and protest picketing, begin to mirror the denial of their community at large when it comes to rape culture, addiction and self-expression. For all its topical turmoil, Jagged Little Pill brings as much heart to proceedings. It's bold, arena-sized storytelling, nuanced characterizations, and  Morissette's alt-rock wisdom are immediately refreshing and make for compelling theater.

Jagged Little Pill is now in previews at the Broadhurst Theater.