What Are The Critics Saying About Dear Evan Hansen On Tour?

The six-time Tony-winning musical is out on tour!

Dear Evan Hansen opened to rave reviews when it landed at the Music Box Theater back in 2016. Now the hit musical is out on tour! But, what are the local critics thinking of the six-time Tony winner? Find out in our review round-up!

What the critics thought in Washington:

"A contemporary musical that will remain with your long after the last note has sounded, reminding you that every person has a story to be told and no one deserves to be forgotten."

"...directed by Michael Grief and featuring the national touring cast... is the most intimate, emotionally wrought performance of the show I have yet to see."

What the critics thought in Memphis:

"Dear Evan Hansen resonates in both the head and the heart...The production is anchored by a tour de force performance by Mr. Anthony as Evan. He fully embodies the title character, hilariously awkward, and with the physical and vocal ticks to match."

What the critics thought in Milwaukee:

"...outstanding...The excellent casting, the care with which each character is created and is performed, the heart-tugging music and the slick stagecraft make this the best musical I have seen at the Marcus Center in recent memory."

What our customers thought:

"Powerful! A thought-provoking storyline with catchy music that will stay with you long after the final curtain call."

"Outstanding talent delivers incredible material in an emotional journey that is so very entertaining."

What our Broadway reviewer thought:

"From the very first song composers Benj Pasek and Justin Paul move you... And as the production goes on they continue to envelop your body causing a gigantic lump in your throat and bringing you to tears, song after song!"

What is Dear Evan Hansen about?

Dear Evan Hansen is a cautionary tale about how a lie can spread across a community before the truth even has its running shoes on. The Evan of the story is an anxiety-ridden high school misfit who is desperate for any form of recognition from his peers. So much so, that when his classmate commits suicide after suffering depression, a mysterious suicide note appears in the weeks after, seemingly addressed to Evan.

Now infamous by association with the dead teen, Evan finally gains the spotlight that he craves. However, with a traumatized local community, not to mention his family, starts begging Evan for more clues about Connor's state of mind, Evan's world starts to unravel with frightening speed. With Connor's parents and sister Zoe (who just happens to be Evan's crush) finding solace in the note, it isn't long before the powers of social media start to question its validity, and Evan's own motives. 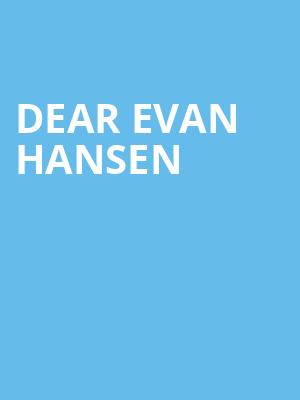