Now playing at the Westside Theater

Jonathan Groff, Tammy Blanchard, and Christian Borle star in the off-Broadway revival of Alan Menken and Howard Ashman's 1982 hit Little Shop of Horrors. Opening on October 17 at the Westside Theater, let's see what the critics thought!

The Guardian was full of praise for the production, saying, "Killer performances from Jonathan Groff and Tammy Blanchard bring a revival of the 1982 tale of a bloodthirsty plant to vibrant life". They continued with praise for the cast, saying, "the script is daffy and capacious enough to allow performances as emotionally grounded as Blanchard's, as blithely comic as Groff's, as bananas as Borle's, who plays Scrivello with the precision of a Swiss wristwatch and the derangement of a candidate for exorcism."

The Hollywood Reporter continued the praise with, "The musical is a delightful cross-breed that grafted toe-tapping '60s pop, doo-wop and Motown onto and affectionate parody of B-Movie schlock, all of which continues to flourish in director Michael Mayer's lovingly staged revival."

Deadline mirrored the sentiment, saying, "...a staging that feels garden-fresh while honoring everything that made the musical such an invigorating blast nearly 40 years ago."

Little Shop of Horrors is now playing Upstairs at the Westside Theater until January 20. 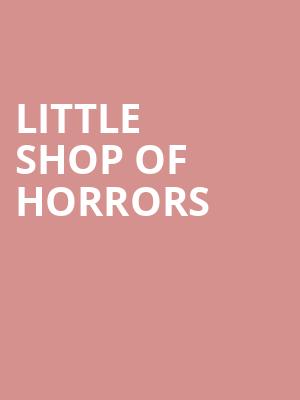