Reviews are in for Bat Out of Hell 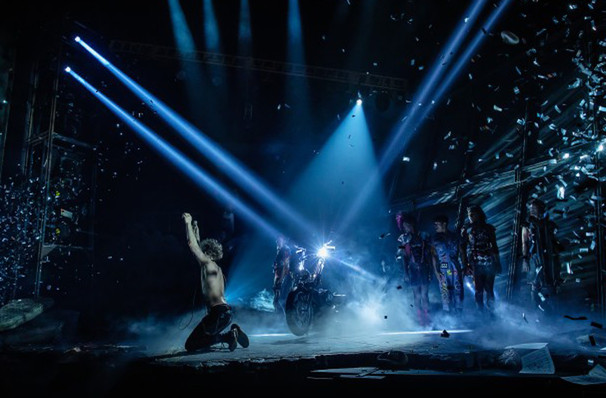 The bombastic musical opens on Broadway

Following its premiere at the U.K's Manchester Opera House and a stint in London's West End, this bombastic musical affair opened at New York City Center's Mainstage last night, to an array of reviews.

Mostly baffled by the thrill-ride (echoing the UK press), the critics still seemed to enjoy the spectacle overall, with The Daily Beast summing up the reaction saying "Even if you leave New York City Center after this piece of theatrical madness like a bat out of hell gulping at the night air, you may do so with a smile on your face-a baffled, stunned one, but still a smile."

Elsewhere, Alexis Soloski for the New York Times also seemed to enjoy it too, even if they found it rather crazy, calling it a "masterpiece of overstatement". And dear reader, as someone who has seen it twice, I can confirm that it is highly over the top, but if you're a fan of the creators, it's safe to say that you'll love it as much as I do!

Classics like 'You Took The Words Right Out Of My Mouth', 'Paradise By The Dashboard Light' and of course, the titular track weave together the tale of the rock 'n roll romance between Peter Pan-esque Strat, a rebellious young poet, and Raven, the pampered daughter of despotic tycoon Falco. Falco rules over Obsidian, a dystopian city that falls somewhere between Mad Max and West Side Story, where the youth are forever frozen in time thanks to chemical warfare and must contend with hormones, hairspray and overthrowing the corrupted powers at be with a glam metal twist. Things reach a pyrotechnic head when Raven runs away to join the rebellious youngsters and angers her father in the process.

Bat Out of Hell

Fresh from its critically acclaimed West End Run in London Bat Out Of Hell is set to take a bite out of the Big Apple during a hotly anticipated, strictly limited eight week run at the New York City Center...more info