What Did The Critics Think Of Sea Wall / A Life? 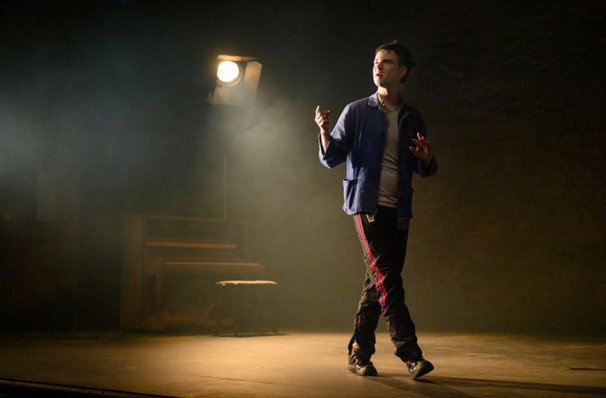 After a sell-out run at the Public Theater's Newman Theater earlier this year, Jake Gyllenhaal and Tom Sturridge return to New York this summer as Sea Wall / A Life transfers to Broadway! The production opened last night (August 8) to mixed reviews off the critics.

The Variety praised both performances saying, 'The writing in these separate monologues - playing together on a double bill at Broadway's intimate Hudson Theatre - is excellent, as are the solo performances by Tom Sturridge ('Sea Wall') and Jake Gyllenhaal ('A Life'). But this is no show to see on a first date.'

Washington Post was also applauding both pieces of writing, stating 'The monologues, each about 45 minutes, are well-composed, solemnly heartfelt testaments to bracingly emotional experiences.' And also said, 'The hallmark of a truly inspired stage actor may not be what he or she does with outstanding material, but what they can accomplish with the run-of-the-mill stuff.'

TimeOut wasn't as upstanding on both shows like other critics, with them saying 'Pairing two shows back-to-back sometimes brings out the best in both; sometimes, it only makes the virtues of one of them shine brighter. The latter is the case in Sea Wall/A Life'

It's the sort of theater which has to be seen in order for you to make an opinion. If you've seen Sea Wall / A Life we'd love to hear what you thought.

WHAT IS A SEA WALL / A LIFE ABOUT?

Sea Wall
Simon Stephens, starring Tom Sturridge.
An unforgettable meander into one man's life and his understanding of love and religion, Stephens' Sea Wall has been called stunning and devastating and is a perfect showcase for Oliver-nominated Sturridge.

After a sell out run at the Public Theater's Newman Theater earlier this year, Jake Gyllenhaal and Tom Sturridge return to New York this summer as Sea Wall / A Life transfers to Broadway! Setting up shop...more info