Welcome To The Moulin Rouge! The Brand New Musical WOWS The Critics.

After what seems like an age of waiting, Baz Luhrmann's iconic movie comes to spectacular life on the Broadway stage! Opening at the Al Hirschfeld Theater on July 25, what did the critics think of Moulin Rouge! The Musical? The overall impression is that Moulin Rouge! was an instant hit, as to be expected, with some of New York's most prestigious critics praising the dazzling tuner.

Ben Brantley from The New York Times was full of admiration for the musical adaptation, saying, "...for its plump, sleek two-and-a-half hours of stage time, 'Moulin Rouge' - which stars a knockout Karen Olivo, with Aaron Tveit and Danny Burnstein doing their best Broadway work to date - has the febrile energy you may associate with the wilder parties of your youth, when gaudy nights seemed to stretch into infinity."

With Variety saying "The luscious 2001 movie hit makes it successfully to the stage - elephant and all - in this gorgeously flashy version." it's safe to say that Moulin Rouge! will be lighting up Broadway for a long time yet.

What is Moulin Rouge! The Musical about?

The year is 1900 and Christian, a young poet and talented writer has come to Paris to pursue a career and become a member of the Bohemian movement there. Christian ends up falling hopelessly in love with Satine, the star of the infamous Moulin Rouge, however, Satine has already been promised to the unscrupulous Duke. A love triangle ensues, as Christian and Satine try to stay together against all odds they are led down a dark and dangerous path but Satine is holding a terrible secret of her own...

Moulin Rouge! The Musical is now playing at the Al Hirschfeld Theater. 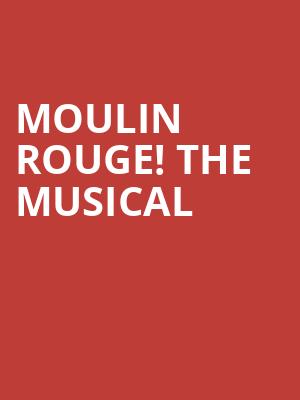