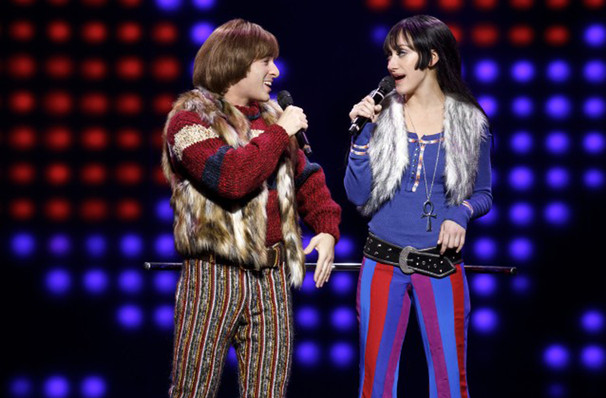 The Cher Show has beaten the other nominees to scoop up two 2019 Tony Awards, including Best Leading Actress in a Musical for Cher star Stephanie J. Block. The award is the actresses third nomination but first Tony win, and saw her nominated alongside Broadway veterans Eva Noblezada and Kelli O'Hara. Ms. Block plays 'Star', one of the three characters created to represent superstar Cher during her various creative phases. She shares the role of 'Cher' with two other actresses, neither of whom were nominated.

The show's second Tony Award was for Best Costume Design of a Musical, which was awarded to legendary costume designer Bob Mackie. Mackie has worked with Cher for the last five decades, as well as the likes of Elton John, Tina Turner, Liza Minelli, and RuPaul. The production features an incredible 680 costumes taken from throughout Cher's glittering career, including some of her most famous (or infamous!) looks.

What is The Cher Show about?

Directed by Jason Moore with a book by Rick Elice, The Cher Show turns back time to chronicle the star's early life growing up poor in Los Angeles. From her first gigs as a back up singer, her meeting and marriage to Sonny Bono and their stratospheric rise to fame as the country's favorite duo and beyond to solo success. Expect to hear some of her greatest songs, from 'Believe' to 'Gypsys, Tramps and Thieves', 'The Shoop Shoop Song' and many more.

Do you believe in life after love? Cher certainly does, having given her blessing to this brand new musical about her life and career. After super secret industry workshops, the show will finally premiere...more info