Oklahoma! Wins Best Revival of a Musical at the 2019 Tony Awards! 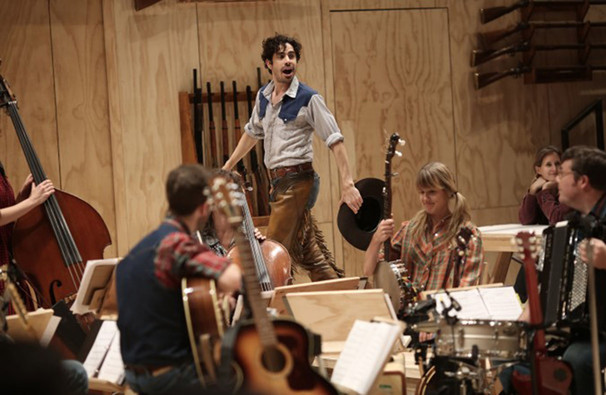 Now playing at the Circle In The Square Theatre.

Oh, what a beautiful night it was for Oklahoma! as they won Best Revival of a Musical at the 2019 Tony Awards! The modern re-telling of the Rodgers and Hammerstein classic took home two awards from their nominated eight, including Best Performance by an Actress in a Featured Role in a Musical for Ali Stroker.

2019's Oklahoma! brings a more immersive touch to proceedings and features some new choreography by John Heginbotham and new musical arrangements by Daniel Kluger. But have no fear the classic songs, that we all know and love, from the Rodgers and Hammerstein duo, is still very much intact!

What is Oklahoma! about?

An upcoming box social is stirring strong emotions among the population of a small (pre-statehood) Oklahoma town in the early 1900s. Curly McLain has asked farm girl Laurey to accompany him but she has refused, instead of accepting the invitation of the mysterious and sinister farmhand Jud Fry. Laurie's friend Ado Annie is going with her boyfriend Will Parker, but while he's been away she has been seen flirting with Persian pedlar Ali Hakim. On the night of the social, matters come to a head, in a whirlwind of passion, rivalry, jealousy, and fighting.

Oklahoma! is now playing at the Circle In The Square Theatre.

View our show pages for more information about Oklahoma!, Circle in the Square Theatre.