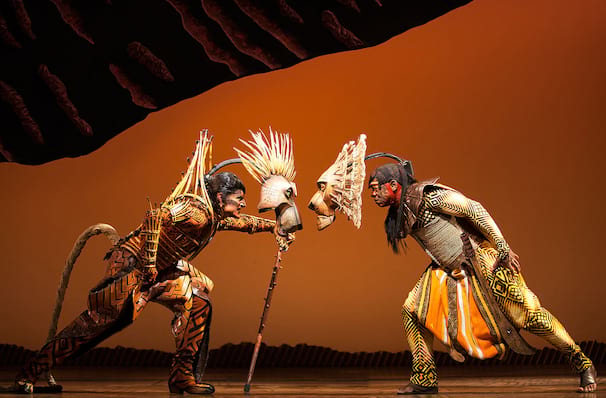 Opening on Broadway 21 years ago, Disney's The Lion King celebrated their 9,000th performance at the Minskoff Theater last night (June 5)! The stage adaptation of the 1994 hit movie joins The Phantom of the Opera and Chicago in this achievement.

Julie Taymor, the show's director and the first woman to win a Tony Award for Direction of a Musical, still plays an important role in the musical's development, supervising the show's direction when it lands in a new country!

Disney is set to welcome another The Lion King production in the form of their brand new live-action remake of the '90s favorite. The new movie stars Beyonce, James Earl Jones, Donald Glover, and John Oliver and is sure to welcome a whole new generation to the wonderful story!

What is The Lion King about?

Described as "Hamlet with fur", we open to the dawn rejoicing of all the animals of the savanna, as a new lion prince is born to the benevolent King Mufasa and his queen Sarabi. The cub, Simba, grows up into a lively and feckless youngster who gets into trouble with his childhood friend Nala, Together the two cubs play and discover their homeland in a series of adventures until one day King Mufasa is tragically murdered by his brother Scar. Simba is usurped by his evil uncle and retreats to the jungle to grow up with the sharp-witted meerkat Timon and his big-hearted wildebeest buddy Pumba.

Flash forward to years later, and this trio have become firm friends, spending their time roaming the land and getting into all sorts of hi-jinks. Yet Simba knows that one day he must face up to his destiny, and when he learns of the terrible havoc wreaked by Scar, he sets out to reclaim his throne and restore peace to the animal kingdom!

The Lion King continues to pay at the Minskoff Theater!

View our show pages for more information about The Lion King, Minskoff Theater.

Broadway's third longest-running show is a thrilling reinvention of the Disney classic. Brought to life by director Julie Taylor, The Lion King on Broadway is an exuberant mix of the songs from the movie,...more info