Take a peek at Lea Michele and Tovah Feldshuh in Funny Girl on Broadway!

The company welcomed them on September 6.

The August Wilson Theatre welcomed Emmy award-nominated Lea Michele and award-winning actress Tovah Feldshuh to the company of Funny Girl on September 6. Michele will be stepping into the shoes of Fanny Brice, with Feldshuh as Mrs. Brice.

Check out the cast in action below!

Funny Girl is the semi-biographical tale of Fanny Brice, a legendary vaudeville entertainer who rose to fame in 1920s and 30s America. Determined to become a big star, she headed into showbiz despite warnings from her mother and friends that she wasn't a 'typical beauty.'

Undeterred, she went on to become a film and stage actress, model, radio star and beloved comedienne filled with gusto and exuberance! But her troubled private life also hit the spotlight - her stormy relationship with the sophisticated Nicky Arnstein has many ups and downs, not least his gambling problem.

With a nostalgic and clever book from Isobel Lennart and music and lyrics from Jule Styne and Bob Merill, including hits such as 'Don't Rain on My Parade' and 'People', Funny Girl is the story of Fanny's rise to fame and her passionate relationship with Nicky and how the outcome of his terrible business decisions led her to take a minute and reflect on what's important in life. 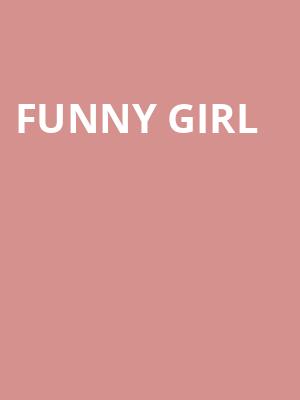