Reviews for the new Company

This revival of Sondheim masterpiece is an all-round hit

As Broadway dimmed its lights on December 8th in memory of Broadway titan Stephen Sondheim, the lights went up for the latest revival of his masterpiece, Company. Opening so soon after the legendary theatre giant's death, audiences and critics were wondering how the production - revamped for modern times - would honor his legacy. Luckily, they were not left disappointed.

Bobby becomes Bobbie in this gender-swapped revival created by Marianne Elliott. DidheLikeIt calls it "marvellous" despite not feeling quite convinced by casting Katrina Lenk in the lead. Deadline didn't quite agree, calling the production "a non-stop showcase of splendid performances" and "sumptuous design".

A casting highlight of the show is of course the inimitable Patti LuPone as Joanne. "So magnificent and so magnetic in the role, witnessing her performance is like an exquisite form of ecstasy" wrote Variety. Of course seeing LuPone on a Broadway stage is alone a treat, nevermind seeing her in a role she was "born-to-play" as Deadline states.

But there's more to the appeal of this revival than it's casting or gender-swapped narrative. The production design has also been praised for its incredible set design by acclaimed designer Bunny Christie. Neon lights, vignette-style sets and technical wizardry help bring the musical's songs to life, all the while "offstage tech workers who sure each piece of the moveable, massive, gliding 3-D jigsaw falls into the right place at the exact moment" (Deadline).

"Finally, a smart, funny, human revival about the highs and lows of being alive that actually feels alive" NY Post

"This gorgeous revival of the Sondheim-George Furth masterwork at the Bernard B. Jacobs Theatre, is, from across-the-board excellent performances and thoughtful revisions to the visual delight of a lovely and ingeniously clever set design, a gift both to and from the genius we lost last month." Deadline

"The best of what Broadway has to offer adult theatergoers: a playful slap, an honest tickle and one of the 20th century's greatest musicals gorgeously realized and refined to reflect the moment." Variety

"As the world mourns [Sondheim's] loss, Company offers a regretful-happy reminder of how alive his work remains." TimeOut 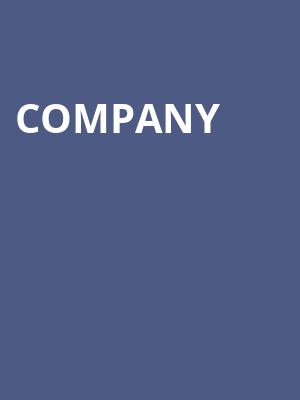 both absolutely of the moment and timeless