After scintillating runs in London and off-Broadway Conor McPherson's Bob Dylan jukeboxer has finally landed on Broadway. With much critical acclaim already attached to it, what did the Broadway critics think of Girl From The North Country?

The overall response to the folksy production, which uses Bob Dylan's back catalog to tell the story of the inhabitants of a run-down lodgings house in 1934 Duluth, Minnesota, was one of much admiration. The New York Times' Ben Brantley said that it was "A fluent fusion of seemingly incompatible elements, "Girl" occupies territory previously unmapped on Broadway, and it speaks its own hypnotic language."

They continued with, "McPherson has thrown away all the usual jukebox templates... Instead, McPherson dares to present music as belonging to a parallel universe, a realm that abuts the dreary reality of the play's here and now but never overlaps it. When the superb ensemble sings - tenderly, angrily and often ravishingly - it seems to come from a place their characters could never identify in their conscious minds, but which is essential to their survival."

The Hollywood Reporter continued the praise with, "every character is so vividly etched - and all of them play with a naturalistic brushstroke; there's none of the usual artificially big 'musical-theater acting'. But it's the women in particular who are wonderful, leaving indelible impressions."

The Guardian said, "...then there is the music, orchestrated by Simon Hale...they remind us of Dylan's bardic strengths, his hymning of loneliness and a very American kind of longing...more often, they urge the show into a symbolic space, making of the character's quotidian griefs something starker and more elemental, lifting Girl From The North Country towards transcendence."

See Girl From The North Country for yourself and book tickets today!

What is Girl From The North Country About?

Featuring songs like "Hurricane", "Tight Connection To My Heart" and the titular "Girl From The North Country" this ethereal and folksy tuner will transport you to Depression-era Duluth, where we meet a boarding house owner on the edge of ruin and the citizens of the town who flock to it. Some are there for the long haul, some are there fleetingly, but within each lies equal measures of tragedy, hope, and humanity. 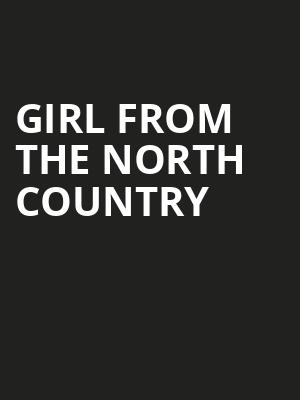 A fluent fusion of seeming incompatible elements, "Girl" occupies territory previously unmapped on Broadway, and it speaks its own hypnotic language.