What Did The Critics Think of TINA - The Tina Turner Musical?

Now playing at the Lunt-Fontanne Theater

Tina Turner's extraordinary bio-musical has finally landed on Broadway! Starring Adrienne Warren as our titular star, what did the critics think of the latest jukebox musical to land on Broadway?

The New York Times' praised Warren for her portrayal of Tina Turner saying, "Adrienne Warren rocks the rafters and dissolves your doubts about anyone daring to step into the diva's high heels." They rounded-off their review by calling the production "a blast".

Variety mirrored these sentiments saying, "Call 'Tina' a jukebox musical or a bio-musical or anything you want to call it, but above all, this is one fine specimen in the best showbiz tradition of the Great Big Broadway Musical." They continued with "The music is fantastic, the staging is deluxe, the central figure is a cultural icon and the lead performer, Adrienne Warren, is sensational."

The Washington Post continued the praise for Adrienne Warren saying, "Hers isn't so much a performance as an eruption. Blessed with extraordinary pipes, restless grace and a star's joy of center stage, Warren creates the impression of being as good a Tina Turner as, well Tina Turner."

Like what've you read? See TINA - The Tina Turner Musical for yourself and book your tickets here!

What is TINA - The Tina Turner Musical About?

Telling the story of Tina's extraordinary life and career, from her childhood days in Nutbush to her turbulent marriage and stratospheric success, we invite you to ride the highs and lows of Tina's story in this opulent and glittering musical.

TINA - The Tina Musical is now playing at the Lunt-Fontanne Theater. 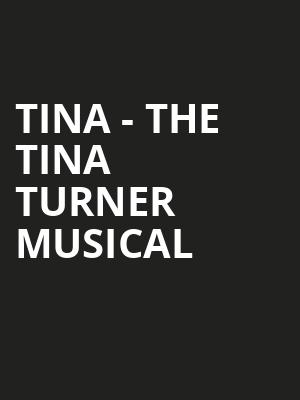 I've rarely heard an audience with this mighty a roar!