Springsteen on Broadway / our review 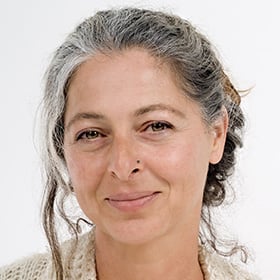 A night at home with the Springsteens

There can be few Broadway productions for which the audience are in ecstasy even before the lights go down. Seated in this small theatre, without the usual row of security bodies at the front of the stage and, in the odd moments when he steps away from the microphone, hearing Bruce's un-amplified voice, is as close to heaven as a Springsteen fan can get.

Not that this audience were giving away their pre-show excitement. No, these are the hardworking souls that inhabit Springsteen's songs. Jersey born, down-to-earth, solid, grounded. The lights of Broadway and the thrill of the evening ahead are being held under wraps as everyone takes their seats and settles in. The most extravagant show of emotion is the purchase of a show poster to take home, but even that is put down with a shy explanation of 'a present for Uncle Don'.

Springsteen and Broadway are two words that don't sit easily together. So when Bruce walks out on stage with an acoustic guitar in hand wearing his regulation jeans and black tee, amid the cheers there's also a collective sigh of relief that it's going to be OK, it is still Bruce, no glitz, no gimmicks. But equally there's no 'good evening New York!', no eruption into song that gets everyone jumping. Instead, he sticks to the script and begins his monologue that takes us into the world of Freehold, New Jersey, his family, his childhood and his young life.

For two hours straight the tales and the memories are interspersed with songs that capture turning moments in his life. Just Bruce, a guitar and a piano.

As he alternates between the two instruments he returns to a few themes repeatedly. The crazy irony of success. He's written about the struggles of the working man, holding down a regular job, fighting to pay the mortgage, but has never had a regular job in his life. He is Mr 'Born To Run' out on 'Thunder Road' but now lives 15 miles from where he was born, and at 21 leaving New Jersey for the first time, had never even driven a car.

The power of 'home', the sense of place and shared memories of growing up in a town that few would sentimentalize about, was the main thread running through the show. The copper beech tree out front, where he would climb into the highest branches to find space to dream, or the church on the corner of the block, the people, and most of all his family, get vividly painted for all to see.

His version of My Hometown connected the whole audience in a way that mesmerizes in this small intimate space. Recounting the times when he'd be sent into the bar to find his Dad and tell him that 'Ma wants you to come home' was painted with an eye for detail that was stronger than most stage shows can achieve as it let the audience use their imagination to its fullest. A bare stage, with a few equipment boxes stacked at the back, meant that there was nothing to distract.

There were no great revelations, no unexpected turns. And for a fan it's a familiar narrative path. But the show gave space and time for Bruce to clarify, to expand, and to explore details that perhaps got left behind in the scale of his epic success.  He pays tribute to the people that shared the journey with him. Clarence Clemons, his iconic saxophone player in particular, and the arrival on stage of his wife Patti Scialfa for a couple of duets takes you even deeper into the sense that you're at home with the Springsteens.

The show is as warm, relaxed, and self-effacing as the man himself, who opens himself up as much as anyone really could. A unique and special opportunity to share time with the man himself, making any future visit to a stadium show even more spectacular, as you feel you were there with Bruce on the back of that flatbed truck looking up at the stars heading out of Freehold to a future you just couldn't imagine.

The Boss is BACK. Spend the night with one of the most revered artists of our time! That's right, the one and only Bruce Springsteen has brought his iconic slice of Americana to the Great White Way for...more info