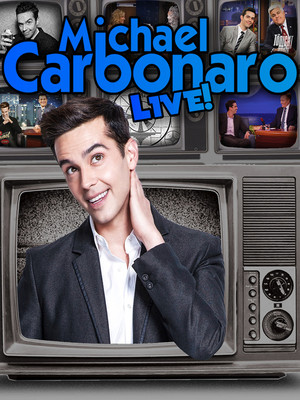 Prepare to be amazed by Michael Carbonaro! The Carbonaro Effect star is heading out on tour, giving audiences a chance to see his mixture of sleight of hand, performance art and illusions up close. One of the rising stars on the magic scene, Carbonaro is as much a prankster at heart as an illusionist, injecting plenty of wit and fun into his tricks.

A frequent guest on late night talk shows, among his best known bits are his shaving foam routine (in which he...well, it's hard to describe). On his eponymous hidden camera TruTV show, he baffles members of the public by performing tricks in everyday situations. He's also a part time actor, having appeared on Law and Order, 30 Rock, the Newsroom and How to Make it in America.

Sound good to you? Share this page on social media and let your friends know about Michael Carbonaro at Victoria Theater.