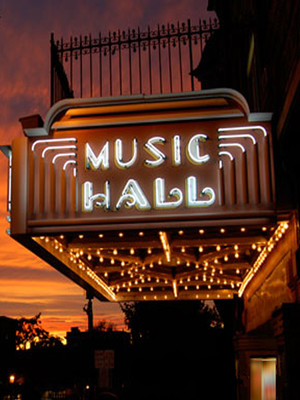 You can catch Gary Gulman at Tarrytown Music Hall in Tarrytown, showing Nov 19, 2022

Gary Gulman is also touring to:

You are viewing a past performance of Gary Gulman

You can catch Gary Gulman at the Tarrytown Music Hall, showing November 19, 2022

The way Gulman stakes out a position, like a great painter or a virtuoso, coloring the scenes behind the scenes of the essence of his jokes, really makes him stand above most stand-ups.

The Last Comic Standing finalist from season 2 has since become a fully-fledged comic in his own right, garnering critical acclaim for his DVDs and touring work. Known for his surreal observations on everyday situations, Gulman has held a myriad of jobs throughout his twenty years trying to break into the big time; barista, waiter, doorman, accountant, and even a school scholarship football player. A gigantic six-foot, six-inch Bostonian, he has also performed on television comedy shows including Jay Leno, Jimmy Kimmel, David Letterman, and John Oliver.

Having honed his craft over two decades, he has built up a loyal, if not vastly huge fanbase with his casual, everyman style of comedy, choosing carefully considered delivery over rapid-fire wit, as if his jokes are constantly evolving within his mind.

Suitable for ages 18+ due to mature humor

We had an great time watching Gary Gulman perform tonight. The crowd was... more

Sound good to you? Share this page on social media and let your friends know about Gary Gulman at Prudential Hall.