Betrayal Stirs The Critics On Broadway 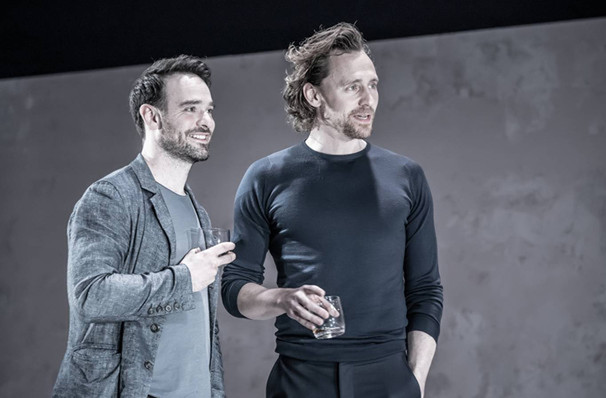 Now playing at the Bernard B Jacobs Theater

After a sell-out run in London, Jamie Lloyd's revival of Harold Pinter's Betrayal transfers to Broadway. Starring Tom Hiddleston, Zawe Ashton, and Charlie Cox, what did the critics think of this star-studded production?

In short, they loved it! Ben Brantley from The New York Times was especially full of praise for the production, saying that it was "one of those rare shows I seem destined to think about forever". He continued with praise for the play's three actors saying, "They each achieve a state of heightened emotional transparency."

Deadline mirrored the sentiment with, "Betrayal feels at once classic and altogether contemporary, a seamless weaving together of elements, from the fashionably spare stage and boho chic costumes to the director's impeccably timed shuffling of characters from stage spot, era to era, high mood to low."

Variety dubbed the production as "impeccable" with The Hollywood Reporter calling it a "superb production". Entertainment Weekly said that "...as a focused exploration of human duplicity, Betrayal is an unembellished marvel and this Broadway revival, gives the 1978 play a smart, stripped down treatment."

What is Betrayal about?

A frank, dark and yet witty look at a love affair in reverse, Betrayal contains all of the playwright's signature malice and intelligence but is often regarded as the most personal of all Pinter's works, being based on one of his own relationships.

Betrayal is now playing at the Bernard B Jacobs Theater through to December 8.

View our show pages for more information about Betrayal, Bernard B Jacobs Theater.