What Did The Critics Think of Beetlejuice?

Tim Burton's kooky horror-comedy is the latest movie classic to receive the musical adaptation treatment. Directed by Alex Timbers and with a score by Eddie Perfect, what did the critics think of Broadway's latest musical offering?

It was a mixed response from the critics. The likes of Variety, Vulture and The Hollywood Reporter praised the production, saying things like "[Beetlejuice is] High-spirited fun, wickedly good tunes and eye-popping visuals make this night of the living dead a scream" (Variety). Vulture said, "True to its source material, it's loud, it's cheeky, and it's all about excess. It's also - thanks in a large part to Alex Brightman's spot-on performance as the incorrigible titular ghoul -  a pretty fun time."

The Hollywood Reporter continued the sentiment with "a loving homage to a wonderfully weird original, reconceived for the stage with eye-popping design, full-throttle performances and a mischevious sense of fun".

However, Time Out said, "It looks great, and there are strong performances and some outre laughs, but none of it quite fits together; the tone varies widely, and skids around on Eddie Perfect's slipshod score". The Washingpost said "It will never be among my favorite musicals, but I bet there will be a healthy and less-encumbered cheering section for it in New York."

What is Beetlejuice about?

Lydia Deetz has an odd obsession, death, and an even odder talent, talking to ghosts. So when her family move into a haunted mansion it's Lydia's time to shine. As the previous occupiers, Adam and Barbra (who are now dead) try to scare the new proprietors out of their beloved home, with no prevail, they call upon the mischievous and stripe loving Beetlejuice to their aid...

Beetlejuice is now playing at the Winter Garden Theater. 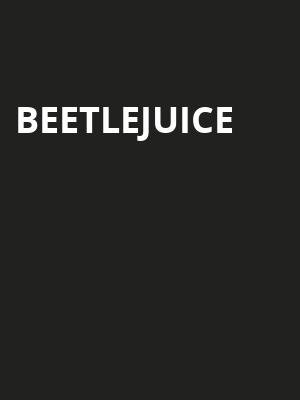